The Summer Open Day was a great day, there was a sense of community spirit and the feedback we received was fantastic. During the day we had around 250 at its peak with at least 500 throughout the day. A big massive THANK YOU to all that came and supported us.

Below, Mayor Pat Lalley and Mayoress Lynda Lalley present founders Jon and Beth with a donation of £50, raised at the Beeston Carnival.

It was nice to see so many volunteer friends, people who had adopted an animals from us in the past, locals and people from near and far.

We are still calculating the money made on the day, but so far it is in excess of £2,200, this is fantastic and will help us pay for the running costs for a few weeks as well as allowing us to build a much needed aviary.

The event started by the attendance of Councillors Pat and Lynda Lally, the Mayor and Mayoress of Broxtowe who presented us a check for £50, raised at the Beeston Carnival.

The events on the day included;

Marpool Brewery kindly donated all of their profit from selling specially made vegan beer, this went down very well

Making your own smoothie, pedal power!

These two guys were taking in by us in 2010 and re-homed, unfortunately things didn’t work out and today their back with us. These two castrated pygmy goats are very friendly and need to be re-homed together. They need a field or large garden, with secure fencing and somewhere to sleep and escape from the sun, wind and rain.

Today Ronnie ent to his new home. We rescued Ronnie back in November last year, he was a stray pig, he followed a guy home whilst out walking his dog. Ronnie was entire and very nervous, over the weeks we have been working with him to help him gain his confidence. He was castrated 3… 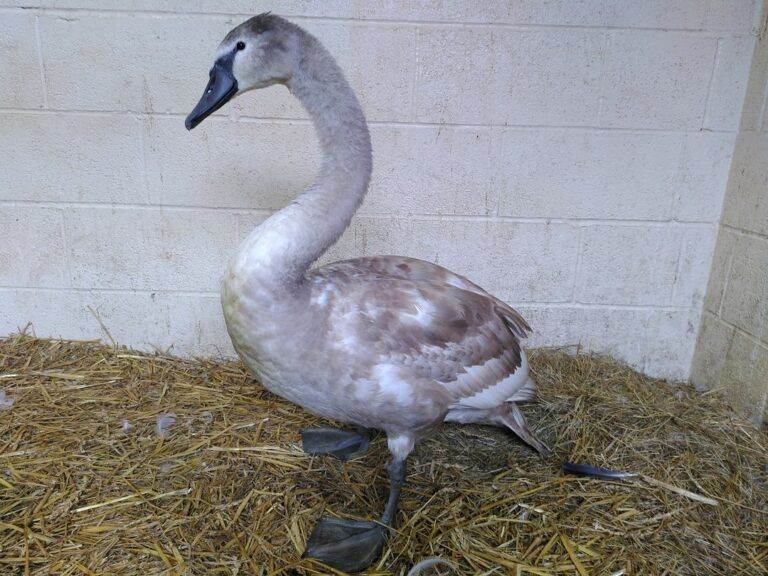 We admitted this cygnet in the week, they were quite weak and found grounded in a housing estate. Its believed they’d crash-landed. Thankfully an examination hasn’t revelled any injuries and they are eating and drinking as well as hissing at us!! We are confident they’ll be released in the coming days.

Although Wilbur is only middle aged, around 6, he is very arthritic and cannot be kept outdoors over winter any longer, we need to get him indoors. Wilbur came to us with his brother and sister as rescued piglets, being factory farmed pigs bred for their meat, they grow unnaturally large, this puts a lot…

We just want to say a huge, huge thank you to everyone that helped out and supported our first open day on Sunday. We are so, so grateful to so many people.  We raised nearly £2,000 with more money still being pledged which is more than we ever hope for.

Talk about all creatures great and small, yesterday we were shearing sheep, today we took in these five voles after their nest was accidentally disturbed by a digger and unfortunately their mother was killed.It is very hands-on feeding them every hour for the next few weeks, thankfully we have a volunteer step forward, we wish…